Violence against women is a serious problem with multiple consequences to families in South Carolina. In escaping an abuser or violence, women often have to give up jobs, find new housing, and protect their children around the clock. Through working with partners like the South Carolina Coalition Against Domestic Violence and Sexual Assault, WREN provides advocacy support on a state level. In the age of the #MeToo movement where sexual assault is being discussed on state and national platforms, it’s up to each of us to hold our communities and institutions accountable for policies that support the safety and well-being of women and families. 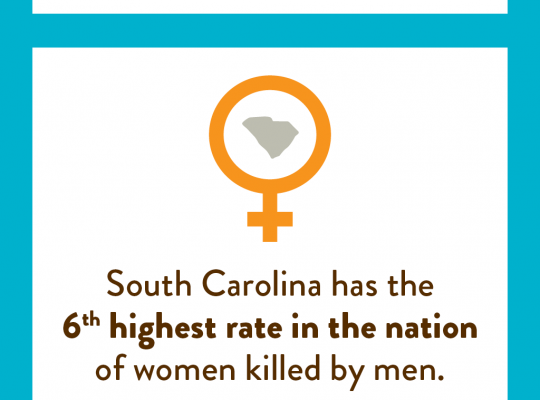 Why It Matters In SC?

Harassment in the workplace:

WREN educates the public on domestic violence issues and promotes laws and policies that create an environment where women and girls are free from violence.

This bill would provide equity in school lunches and protect students from punitive measures if they have accrued meal debt.

This bill would authorize pharmacists to prescribe contraceptives, which can make contraceptive care more accessible and affordable by eliminating the need for a separate visit to a health care provider to obtain a prescription. Expanding pharmacists’ scope of practice to include prescribing birth control helps alleviate many of the obstacles to finding and seeing a doctor that have been exacerbated by the pandemic.

This bi-partisan bill provides that non-profit sexual assault and domestic violence provider organizations are not required to disclose certain confidences acquired by clients during the provision of services to those clients. Certain exceptions are necessarily provided.

H.3225 would create an intentional study committee dedicated to addressing the disparities in Black maternal health that has buy-in from the legislative leaders in our state.

S. 811, the so-called “Medical Ethics and Diversity Act,” would allow health care professionals to discriminate against their patients and refuse to provide them care. This dangerous and far-reaching bill permits any person participating in health care service to deny care to their patients for any reason, without a medical justification. The health consequences of such a sweeping law could be catastrophic.

This bill would prohibit transgender people under the age of 18 from receiving essential medical care and create a school climate where they are unable to be themselves. The bill would make it a felony for medical professionals to provide transition-related care to transgender minors. Conviction could result in up to a 20-year prison sentence for the medical provider. The bill also requires teachers and staff at schools in South Carolina to share with students’ parents if they learn that a student’s “perception of [their] gender or sex is inconsistent with the minor's sex.” In effect, the bill essentially requires teachers to “out” transgender students to their parents, potentially before they are ready to share. A nearly identical bill is pending in Alabama.

This dangerous bill would ostracize transgender students from their peers by banning their participation in interscholastic activities that align with their gender identity. Participation in gender-segregated activities would be determined by the student’s sex assigned at birth on their birth certificate. ​This bill would further stigmatize transgender youth and exclude them from the enormous physical, mental, and social benefits of playing sports.

WREN is committed to ensuring that all communities live in safe, healthy environments with the resources necessary to thrive because health does not begin and end at care and coverage. Good health and the decision of when or how to parent are intrinsically tied to other conditions, including access to safe drinking water, adequate housing, education, safe working conditions, and living free from violence. H.3753 and S.525 puts health and safety of communities at risk by removing the State’s authority to regulate pollution caused by plastic trash facilities.

WREN Testimony to the Joint Citizens and Legislative Committee on Children