This weekend, South Carolinians gathered for the anniversary of last year’s Women’s March on Washington and to call for electoral justice, dedicated to civil rights activist Septima P. Clark.  From rallies in Charleston, Greenville, and Myrtle Beach, organizers stood for empowerment, equality, and centering the voices of those who often go unheard.

Read below to see quotes and photos from rallies across our region, as well as a live-stream of WREN’s Dr. Eme Crawford and Kayle Wright speaking at the Charleston march.   As an organization, we vow to continue to embody the mission and values of these marches within our events and programming. 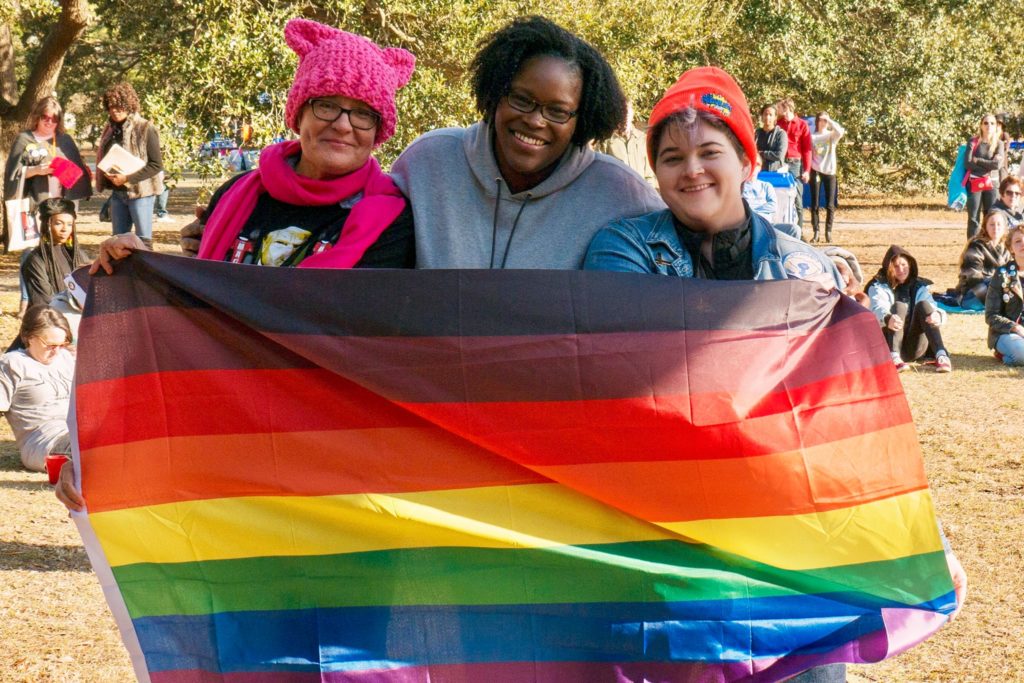 “We’re here for a couple of things: We’re here to make sure the voices of the marginalized are amplified. We’re here in support of all of our sisters, all of our femmes, non-women, and everyone. Men, too,”  said Tamika Gadsden, the state coordinator of the National Women’s March. Click here to read more. 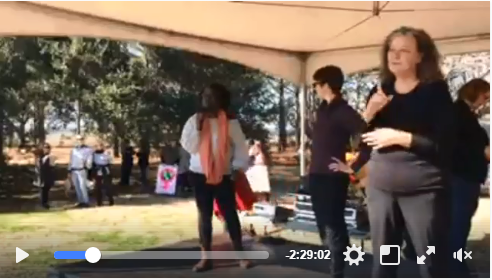 “One thing we must due to be successful is amply the voices of women in our state, diverse women. Despite efforts to silence women and minimize voice, we must be louder and bolder.” Kayle Wright, Operations Manager of WREN. 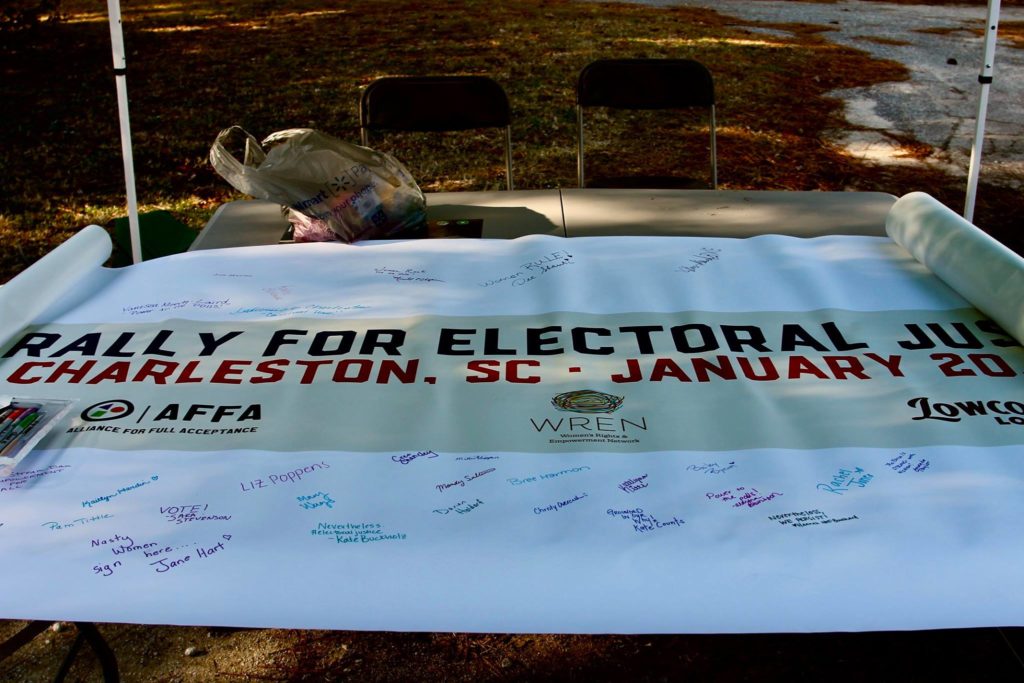 “Lillian Brock Flemming, a Greenville city council member, tied the rally and the broader women’s movement to civil rights protests from the 1960s and 1970s.

She echoed many of the women, who said they were determined to not let the passing of a year dampen their voices.

“They said we would not be here this year,” Brock Flemming said. “Not only are we here but the sun is shining. And guess what? We’re gonna be here at the same time next year.”

Brock Flemming said the number of women and supporters who came out in Greenville gives her great hope for the future.

“This has nothing to do with party,” she said. “People want to be united. I’m very hopeful.”  Click here to read more. 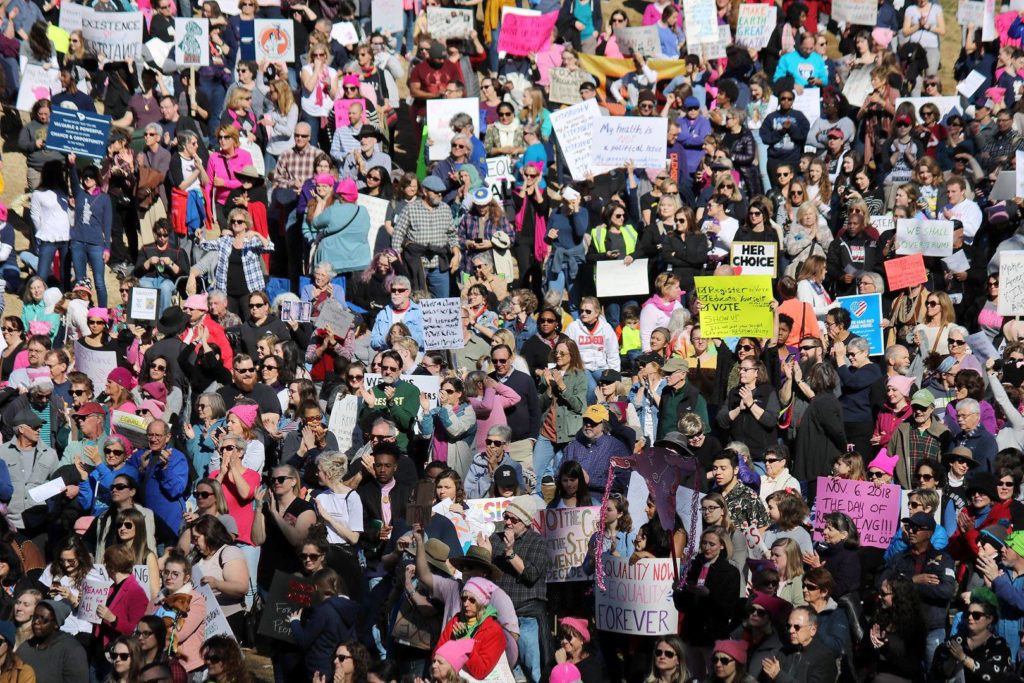 Sarai Bautista is a DACA recipient, one of hundreds of thousands who are part of the Deferred Action for Childhood Arrivals program.

Bautista told the crowd she came from Mexico to America in 2002, crossing a desert with her mother and ending up in Arizona before coming to the Upstate.They were chasing better dreams and fleeing bad things, including what Bautista said was abuse she suffered.

“My mother catapulted me generations by crossing a desert,” Bautista said. “Now lets cross a desert and cross the street to vote.”

Even if Bautista’s status as a DACA recipient is continued, she said, she won’t be able to vote for another decade because of the DACA terms. So she urged others to get involved, to register voters, support candidates and drive people to the polls.  Click here to read more. 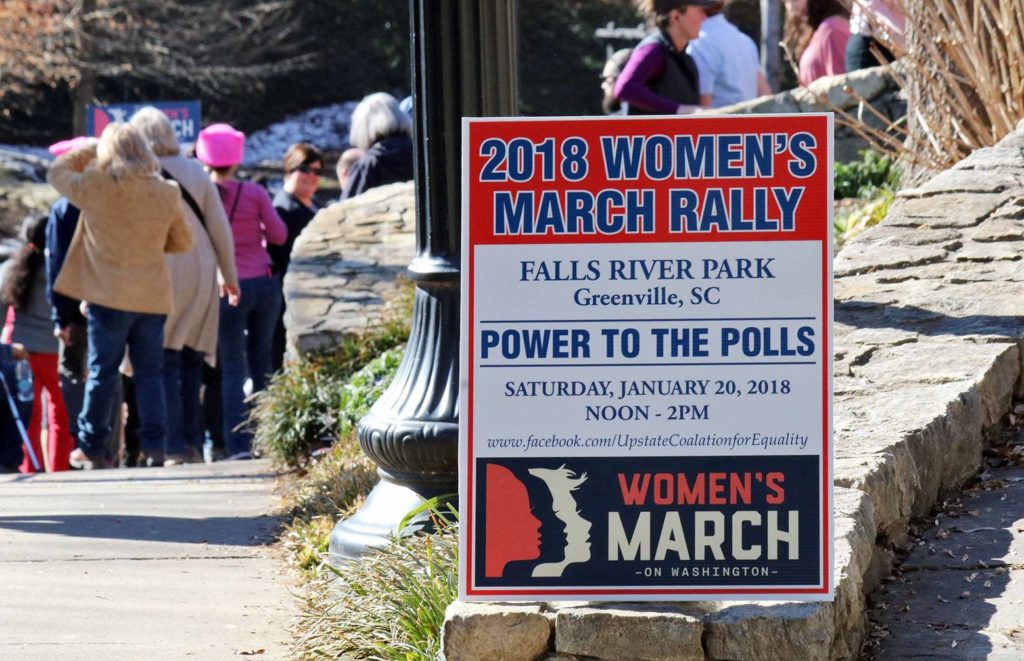 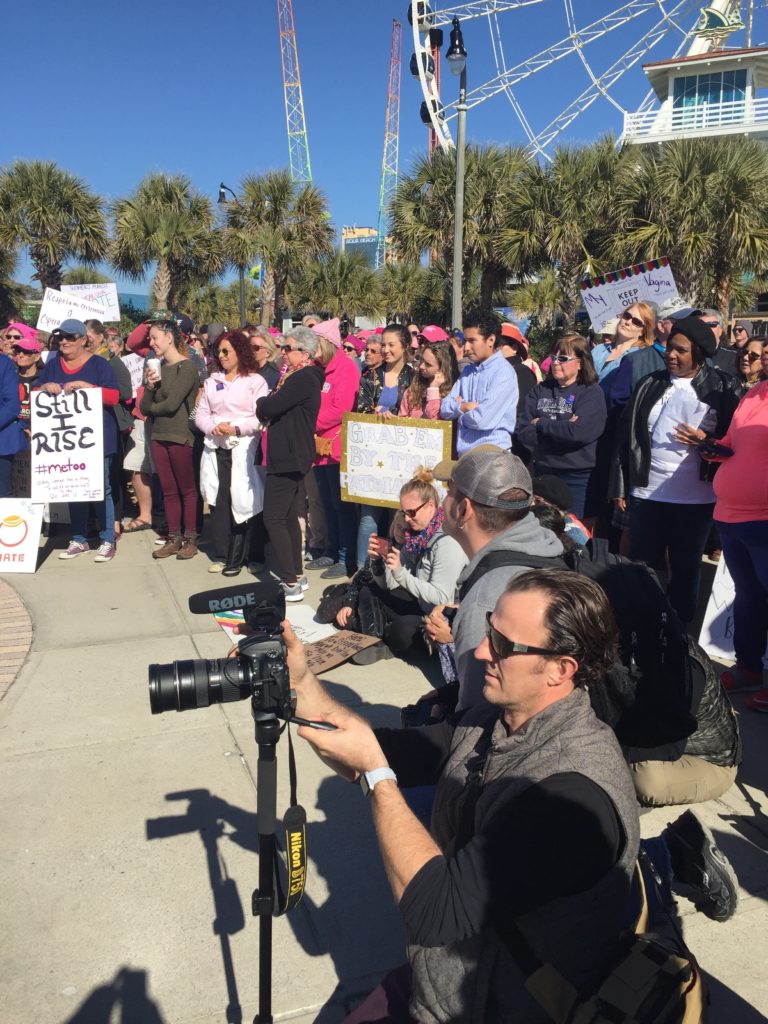 “The Myrtle Beach Women’s March was proof that women are no longer content to sit on the sidelines while politicians erode our rights. Girls, young women, mothers, grandmothers, retirees and an impressive number of men were among the nearly 500 people who participated in Myrtle Beach’s first march. Everyone left the march and rally committed to using their power by voting in upcoming elections.” said Vicki Ringer, South Carolina Director of Public Affairs, Planned Parenthood.