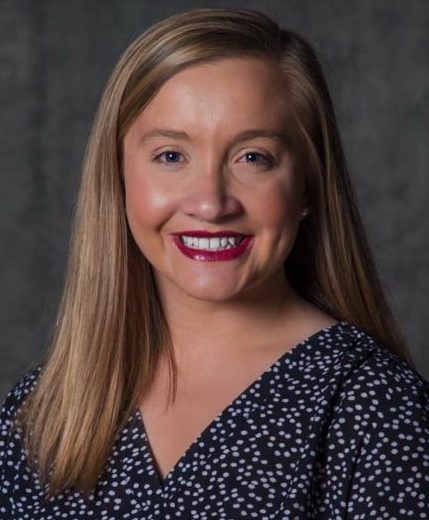 Originally, I was born in Boulder, Colorado, but I’ve lived in Charleston, South Carolina since I was two. I like Columbia more than Charleston, which is a very unpopular opinion.

2. What did you do previously before coming to WREN?

Before this position, I was at South Carolina Farm Bureau Insurance Company as a Corporate Communications Intern for the last seven months and served as a Student Assistant within the School of Journalism and Mass Communications. Over the summer I interned in Congressman Jim Clyburn’s district office and worked on a presidential, congressional and a state election campaign.

In my first two years of college, I spent the majority of my time interning within Sustainable Carolina and the Office for Sustainability. I focused on marketing and communications, to share our message of sustainability being possible in all aspects of your life in varying degrees. I also served as an Orientation Leader for the university during the summer of 2018 and on the Government Relations team within Student Government throughout my sophomore year.

3. What drove you to get involved in this cause?

My mom moved to South Carolina, from Colorado, when she was 30 and she was so surprised where the state was in terms of social progress. My mother comes from a line of strong-willed, opinionated, fierce and very stubborn mid-western women, and she raised my sisters and me the same way.

As I got older, I began to educate myself more on issues that affect women differently than men, on a very wide scale; the first being, female genital mutilation. Since my first research paper on the issue (7th grade), I have been dedicated to learning more ways women are discriminated against based on sex and committed myself to fight for equality.

4. When you’re not working, how do you like to spend your time?

I LOVE TV. My favorite TV show is Law and Order: SVU, but when I’m not watching that I’m watching SportsCenter or CNN (depends on what’s happening in both of those worlds). Before the 2016 election, I was a sports fanatic; I’m just now starting to get back on track with the NBA, WNBA, college basketball and tennis! Action movies are my favorite, so I’m always down for a James Bond marathon.

I enjoy listening to political and news-oriented podcasts, spending my money on things I don’t need at Marshalls, the color pink, drinking diet Pepsi, taking naps and cooking a good frozen pizza.

5. If you could meet one person from any period of time, who would it be?

The number one person I would want to meet is Elizabeth Schuyler Hamilton, the wife of Alexander Hamilton. She aided her husband, a great deal, in all of his accomplishments while supporting him every step of the way, as well as taking care of her children and the children of others, dealing with a miscarriage, keeping up with several homes and many moves, but also kept up with her social life.

Considering all she did for him, he was unfaithful to her while she was pregnant with their sixth child for a whole year. Eventually, they remained together and had more children. But the main reason I want to meet her is to ask her why she remained dedicated to preserving her husband’s legacy, after his death, after the betrayal and hurt he put her through? I can’t imagine how she dealt with every obstacle the universe placed in her lap, being in a relationship with a Founding Father and the struggle of being an educated woman in that time period.

6. What is one mantra that you live by?

“Live your truth.” This is something my mother told me at an early age and I think it’s the most simplistic, yet instrumental piece of advice I’ve ever received. I think it is important to live true to yourself; if you’re not doing that, what are you doing?

Duh, working at WREN! I’m also very excited to see the results of all of the elections, the new James Bond movie coming out in April and the WREN summit!