HIV and AIDS: A feminist issue and a Southern issue

While common public perception might make it seem like HIV and AIDS are diminishing issues, this is far from true. In 2007, the US had a 50% increase in the number of new HIV infections for the first time in over 10 years. And some of the most affected communities are African Americans and women in the South.

Here are some graphics via AIDSVu and the CDC to paint the picture for you: 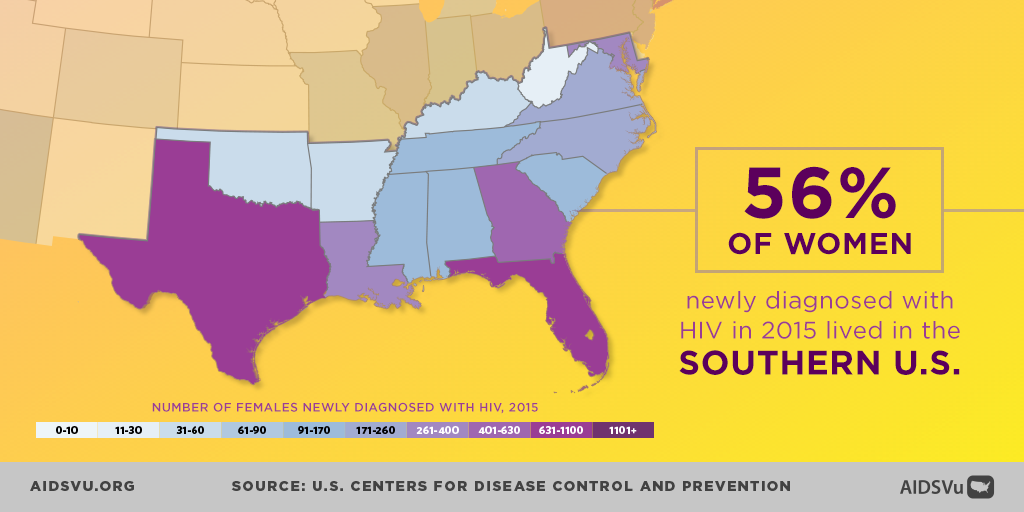 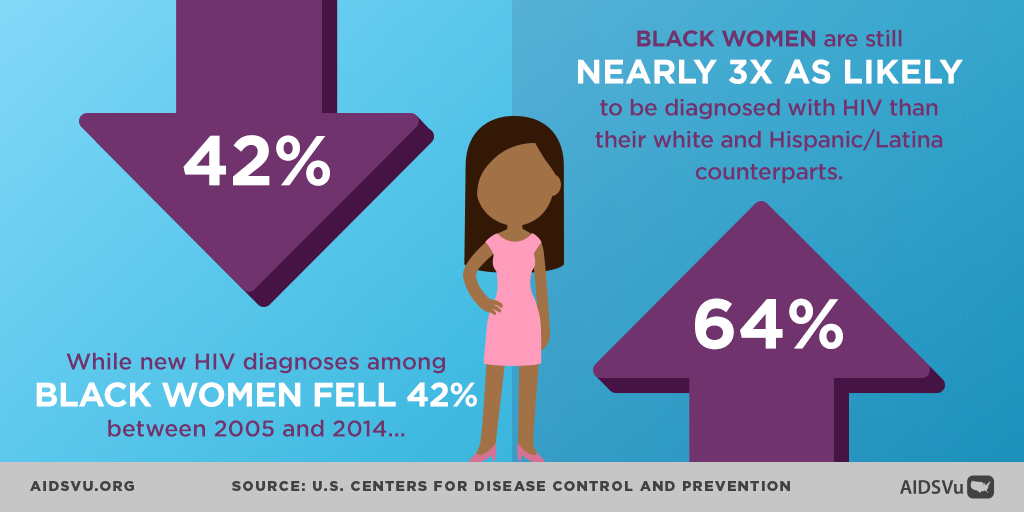 These staggering statistics might make you wonder why black, female, Southern communities have such high rates of HIV diagnoses. It can’t be boiled down to something as simple as “risky behavior” like unprotected sex or drug injections. As a matter of fact, African Americans have the same (or lower) rates of risky sex or drug use as other Americans. Rather, there are several common denominators we see linking HIV diagnoses to women of color, all of which have to do with larger societal conditions such as racism, sexism and classism.

Here are some of the societal factors we have found in our research that increase the vulnerability of women of color and Southern women to HIV and AIDS.

South Carolina ranks #5 in rate of women murdered by men. Research shows that “fear of violence prevents women from accessing HIV and AIDS information, being tested for the virus, disclosing their HIV status, accessing services to prevent HIV transmission from mother to child, and receiving treatment and counseling even when they know they have been infected.”

Lisa Ko, journalist for PBS’s Independent Lens, was right when she said that “unemployment, poverty, and slashed federal and state funding mean a lack of educational resources for those who need it most.” As of 2012, the Deep South region had the highest number and percentage of persons living with HIV—34%–of any US region. Of the nine Southern states with the highest rates of new HIV/AIDS diagnoses—Alabama, Florida, Georgia, Louisiana, Mississippi, North Carolina, South Carolina, Tennessee and Texas—not one of them has opted to expand Medicaid under the Affordable Care Act. These nine states also had the highest fatality rates from HIV in the United States.

Two professors of public policy at the University of California Berkeley conducted a study which proved that from 1970-2000—a peak period where the incarceration rates for black men in the US were nearly six times the rate for white men—the HIV/AIDS infection rate for black women also increased to 19 times that of their white, female counterparts. Many public health studies show that people tend to select sex partners from within their communities, so if there are higher rates of HIV among men who have been in prison, this could raise the risk of infection for the entire community.

A woman who does not have the funds to support herself or her children is more likely to turn to transactional sex in exchange for the basic essentials. This could mean coerced sex, multiple partners, early sexual debut, untreated STIs, and early or unplanned pregnancy. These behaviors increase a woman’s exposure and likelihood of being infected with HIV.

Research has proven that microfinance services have caused a significant increase in women’s economic independence and a significant decrease in their vulnerability to disease and violence. This means that when women succeed economically, their health also prospers.

As we touched on before, not only does gender-based violence contribute to a woman’s not seeking testing or treatment, but so does the stigma of having HIV or AIDS. In the south, this stigma is possibly even worse. If people fear what others will think of them if they have HIV or AIDS, they will likely not even seek testing or treatment methods. This stigma must change for the health of our communities.

Linda Goler Blount, president and CEO of the Black Women’s Health Imperative, says it well: “No matter what health issues women are dealing with, they want to be seen as powerful and strong—as valued.”

This isn’t an exhaustive list of contributing factors, by any means, but the evidence is clear: HIV is a women’s issue and a southern issue and is exacerbated by racism, sexism, and classism – which means that if we want to bring down rates of HIV, we also need to do more work to dismantle these systems of oppression. To continue to ignore it would be to enable it to continually plague our most vulnerable communities. We will continue to do work and outreach on these issues, so stay tuned for updates. In the meantime, share this post to show that you are committed to using your voice. Also, take a look at some of HIV/AIDS resources in South Carolina that have been fighting this fight for years.